In 2010, after 12 years exposure to Alopecia Areata, Chel’s passion for unconditional acceptance of appearance diversity fuelled the foundation’s creation.  After 10 years of dedication, Alopecia Areata is more commonly referenced and understood. As we move forward Chel’s passion is that acceptance in the community becomes the norm and Alopecia Areata is ultimately treatable. Having worked 25 plus years in the IT industry, Chel’s business knowledge supports the operational processes throughout the foundation. Contact me at Chel@aaaf.org.au or 0412 921 013

Vesna joined AAAF in 2011. She has held previous post of Secretary, Treasurer & General Committee member, and is now back to being our Secretary.

Having the condition for over 34 years, she is passionate to make a difference to those affected with Alopecia Areata.

Vesna enjoys spending time with her family & getting out into the great outdoors. 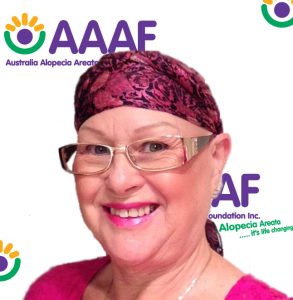 Judy joined AAAF as Brisbane Branch Manager in January 2014 and also works full time as an Administrator for an Aluminium Distribution Company. She has had Alopecia Universalis since 2005 and is passionate about spreading awareness and helping others cope with the disease. In 2016, Judy took on the role of Vice President. 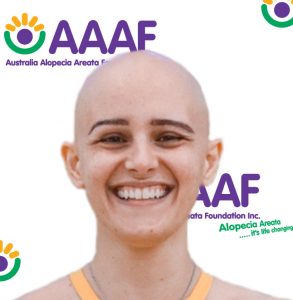 Sheridan began her journey with Alopecia Areata at age 7, which developed into Alopecia Universalis by age 27. Sheridan struggled through childhood and adolescence with the many challenges of alopecia and has since dedicated herself to personal and professional development to support others experiencing similar challenges. A graduate of Murdoch University in Community Development and online entrepreneur, she is dedicated, enthusiastic, friendly and excited to be a part of AAAF to support the community. Sheridan can be contacted at Sheridan@aaaf.org.au

Liz was diagnosed with Alopecia Areata in 1985, and has offered support to women with hair loss ever since. So it was a natural stepping stone to her joining the AAAF in 2010 as the South Australian Branch Manager.

There is a family history of Alopecia Areata so Liz is passionate in offering support and raising awareness of the disease. She hopes that through research a cure will be found in the future. Liz works in the family Agricultural and Viticultural business and is a part-time Office Manager in her husband’s legal firm. 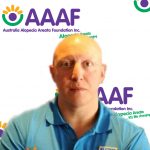 Carlo joined the AAAF as a committee member in June 2017. Carlo is originally from Salford, UK and has been living in Australia since 2004. Carlo has had Alopecia Universalis since the age of 5. This has not stopped him in anyway, being a professional rugby league player in the UK Super League and coaching the Italian Rugby League in the World Cup in 2013. Following on from his high performance life as a player and a coach Carlo has been employed in numerous executive positions using his expertise in high performance to assist with the growth of business’s in different sectors. Carlo has also been an ambassador for children’s charities and was a trustee of Alopecia UK when he undertook a year contract helping a family business in the UK. Carlo is focused on the awareness of alopecia in the general public and providing support to the alopecia community especially children. Carlo can be contacted on carlo@aaaf.org.au

Greg has been impacted by Alopecia Areata since 2006 and as a parent he has seen first hand the impact it can have.
He is passionate about making lives better for people with Alopecia Areata in its many forms and has been on the National Committee since 2011. Greg is an Engineer and works in the resource sector. 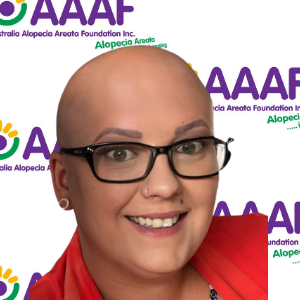 Jessica joined AAAF in the role of Tasmanian Branch Manager in April 2018 after being diagnosed with Alopecia Areata in November 2017. Jessica is enthusiastic about creating a more extensive support network within Tasmania and being Launceston based, believes this is a great starting point. Jess is passionate about building supportive relationships, creating understanding and awareness as she understands the need for support and assistance locally. Jess has worked as an Early Childhood Educator and enjoys playing social netball. 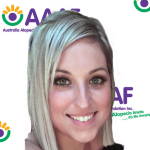 Helena joined as the VIC Branch Manager in 2018.Helena is passionate about developing awareness and understanding of Alopecia and supporting people with the condition, particularly parents and children. She understands the emotional impact of Alopecia as she has had Alopecia Areata throughout her life and her son developed Alopecia Universalis in 2017 at age six. Helena is a mum of two beautiful boys and is currently studying a Bachelor of Education (Primary). Helena can be contacted at helena@aaaf.org.au

With Alopecia it starts from day one. A journey through life that brings me here. As I enjoy giving a hand up, or along, over time I have worked with lots of community based organisations and am currently with homeless youth. I am excited about my family, my Christian faith and how I can serve AAAF in Queensland. Greg can be contacted at GregT@aaaf.org.au 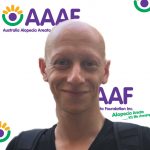 James joined AAAF in 2012 as a Support Ambassador after organising a charity cycle to raise awareness for Alopecia Areata.  James became our ACT Branch Manager in 2019. He developed Alopecia Areata Univeralis when he was 9 years old, and enjoys working with AAAF to promote awareness and to provide support to people with Alopecia Areata. James hopes to be a positive role model and example to others who may be struggling to come to terms with their alopecia, especially to young boys and teens. James can be contacted at james@aaaf.org.au Vivien is a current medical resident with an interest in Alopecia Areata. In 2018, Vivien conducted a year of clinical research into the systemic treatments for Alopecia Areata. She is passionate about continuing research and helping build awareness and support programs in this field to help patients with Alopecia Areata. Vivien can be contacted at vivien@aaaf.org.au